About the Free West Papua campaign

West Papua is the western half of New Guinea, it was separated from the Australian continent around 5,000BC, with its Melanesian populations settling there 40,000 years ago. West Papuans have developed hundreds of languages and thriving cultures which have been stable and satisfied the people’s needs for thousands of years. Less then a hundred years ago, colonists discovered that this island is home to the richest gold and copper deposits, which set in motion a chain of deplorable and extractive events. West Papua came under Indonesian rule in 1961 and the authorities started mining West Papua’s gold and copper, killing or detaining any local leaders and population who challenged their mission to controle the island, both financially and morally. West Papua has been under brutal Indonesian military occupation for decades now, and it is estimated that over 500,000 indigenous Melanesian West Papuan people have been killed, yet the world remains blind.

The Free West Papua Campaign exists to inform the world about the ongoing genocide in the nation West Papua and to raise awareness and support for West Papua’s full freedom through self-determination. Enduring decades of systematic genocide, the people of West Papua continue to struggle for freedom and their right to a referendum. In order to reach that goal, we need to inform the world about the atrocities taking place. Recent attention for the Black Lives Movement has brought the media’s focus towards the mission of the West Papuan people, but most journalists who try to enter the country are being held at the border or detained by the Indonesian government. There is a lack of reliable and in-depth sources to educate the world about the human rights violations happening at large. 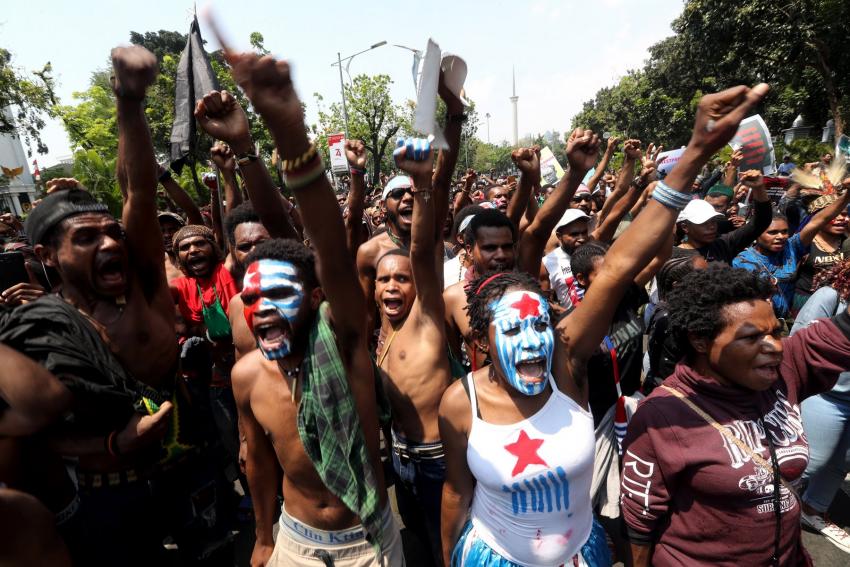