Every summer, a small Saami village in arctic Norway called Manndalen turns into an indigenous festival for around 5,000 visitors (mainly from Scandinavia). The festival is called Riddu Riddu in the indigenous Saami language, and translates into ‘small storm by the coast’. In 2019, the festival saw a 42,2% increase in visitors and our team members Mike and Inge were 2 of those 9,200 enjoying 4 days of indigenous arts, music, lectures, workshops and much more in breathtaking Olmmáivággi valley.

Riddu Riddu isn’t ‘just’ another festival, it has a strong political incentive for those organizing it. Since 1991, Saami youth work year round to set up this long weekend celebration of their culture and identity, to reclaim their space after 150 years of assimilation politics. For 150 years before the year 1991, the Saami people weren’t allowed to speak their language or practice their cultural beliefs. During Riddu Riddu 2019, we talk to 28 year old festival director Sandra Márjá West, who is as old as the festival itself. She explains to us how important the festival has been for her and her generation, she often wonders: what would my life be like if it weren’t for Riddu Riddu?

To give you some background, the Olmmáivággi valley used to look very different before the second world war – which could be considered the ‘heydays’ of Norwegian assimilation politics in the northern region. Sandra Márjá West tells us how before the war all the houses in Manndalen used to be traditionally Saami, with different colours and shapes, yet none of that is visible today. During the second world war, many of the houses have been burnt down and the Saami forced to assimilate into Norwegian society, to such an extend that many of them didn’t dare to go back to Manndalen and the rest of the Troms region after the war was over. The grandfathers and grandmothers of people like Sandra were so afraid of being ostracized that they stopped passing on the culture to their children and grandchildren, convinced that this was the end of their culture.

Fast forward to 1991, the Saami people are finally recognized as a sovereign group and more and more Saami youth become interested in their background, realizing their ancestry isn’t Norwegian they start a reconciliation effort by reclaiming their traditional dress (the gakti, as worn by Sandra in the above picture) their language, and even their land. Sandra’s family moved back to the valley of Olmmáivággi and so did many other Saami families to their respective ancestral land to live a life in balance with nature. Nowadays, the Norwegian government is trying to support these efforts of reconciliation and self-governance for the Saami people as best as they can. The country even pays for part of the Riddu Riddu festival. However, Sandra explains to us how the underlying systems of exclusion are still more or less in tact, and there is still a ways to go for Saami to be treated as complete equals in day to day society.

Since the beginning, Riddu Riddu has made connections with other indigenous who have similar struggles to the Saami, mainly seeking dialogue through music and art with other arctic indigenous, like people from Canada, Greenland, Siberia and Alaska. This incentive has created a very beautiful exchange of cultures and people in this small town by the coast of Norway, and moreover: its is highly unique.

Longtime Inuk throatsinging duo Cynthia Pitsiulak and Charlotte Qaminaq from Canada tell us how excited they are to be at this one of a kind indigenous festival. “It’s like a dream come true!” – says Charlotte, after performing on the mainstage with their music project Silla & Rise. Blending traditional Inuit katajjag and contemporary styles in a next level performance of endurance (accompanied by percussionist and producer Rise Ashen) they take both the tradition and these modern influences to another level, and the audience at Riddu Riddu can’t get enough of it. It’s a truly beautiful sight to see these once suppressed and sometimes even outlawed cultural expressions reclaimed to transcend into a different universe. Cynthia, Charlotte and Rise explained the effects of their music as ‘something bigger than ourselves’ and ‘an exchange of energies’ between their audience and a re-introduced ancient cultural practice.

The effects of a festival like Riddu Riddu aren’t just felt locally, Charlotte and Cynthia are seeing similar developments of reclaimed indigenous identity happening in Canada.

Charlotte: “I just received my [traditional] birthing tattoo and my two little children were there for it. They watched me be tattooed. Growing up I never even saw anyone being tattooed. So we are reclaiming these beautiful aspects of our culture and I’m seeing it firsthand: my children are watching.”

The interest for indigenous cultural expressions are growing amongst the younger generations, both among indigenous and non-indigenous, and these developments could possibly also explain the overwhelming growth in visitors for this years’ Riddu Riddu festival. Being the only indigenous run festival in the world, Riddu Riddu tells the stories of native people as seen through their own eyes, as passed down from generation unto generation. This is what ultimately creates an authentic experience, by changing the dominant culture into one that can do nothing but listen to these minorities instead of doing the talking. This is how we change the system and music and art are so much better at conveying this message than words. Festival director Sandra Márjá West emphasized the importance of changing the paradigm into one where the indigenous start doing the talking, not only for their future but also for the future of us human beings as a whole.

Check out our project page for more photos and stories: https://sinchi-foundation.com/projects/riddu-riddu-norway/ 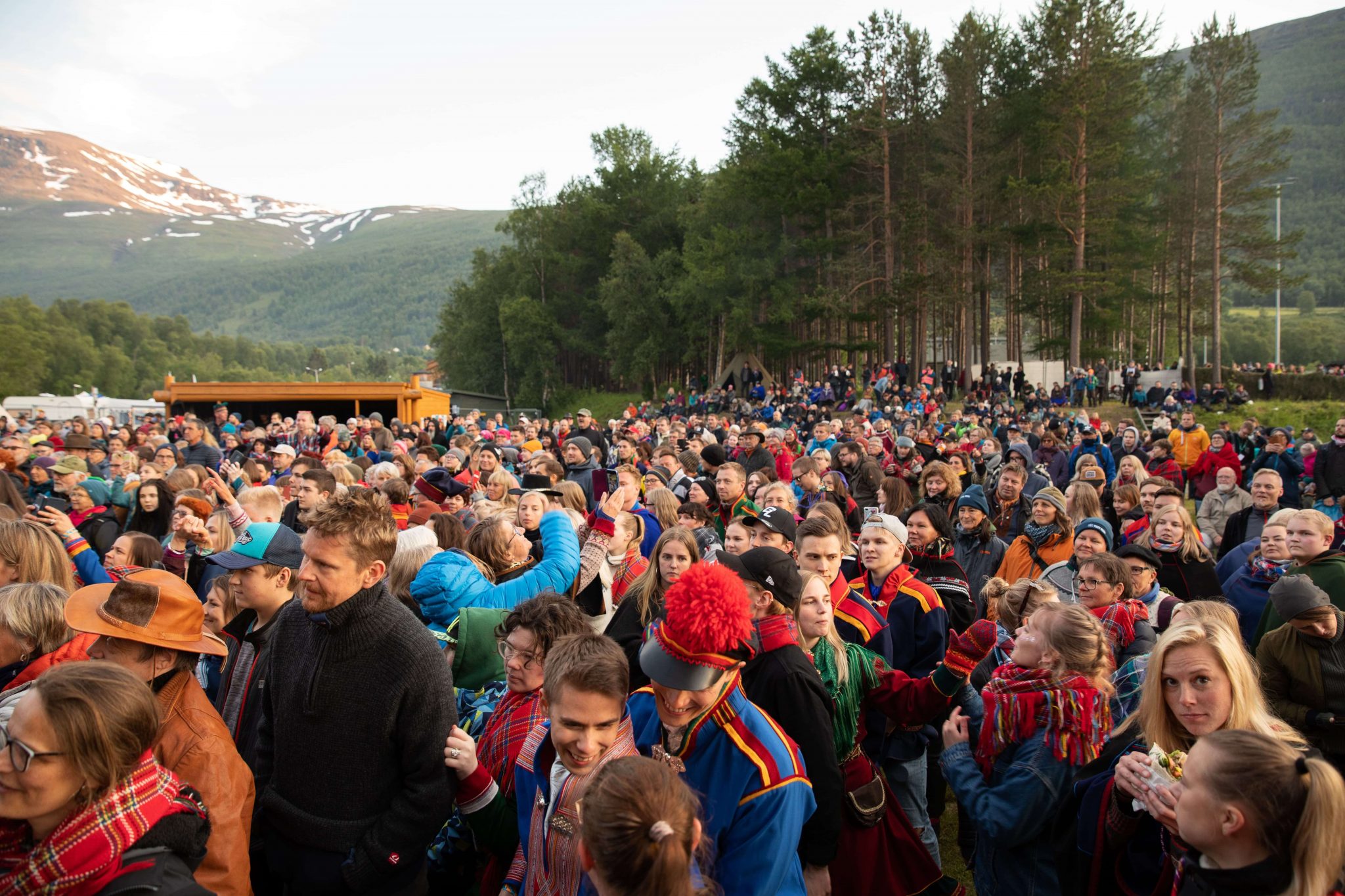