Sinchi is proud to be working alongside acclaimed aboriginal photographer Wayne Quilliam. 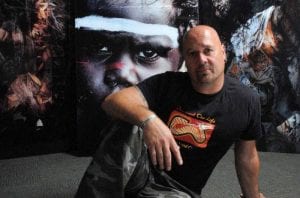 Following Sinchi’s discovery project with various aboriginal communities in Australia during 2016, we shared some of our experiences and subsequent goals with Wayne Quilliam. We were delighted to make an instant connection based on our shared belief in instigating positive social change through the power of creative arts. This year Wayne has already donated photography to the organisation, which was shown during Sinchi’s launch event in Amsterdam, September 2016 and was on display for a further month. This generated fantastic interest from the European community and the funds generated will be used for future community led projects.

Wayne is also playing an important cultural advisor role in helping the Sinchi identify the most suitable communities for collaboration on a number of ground breaking projects. Watch this space for further updates.

Professor Wayne Quilliam is one of Australia’s pre-eminent Indigenous photographic artists, curators and cultural working on the international scene. His awards for his career include the NAIDOC Indigenous Artist of the Year, AIMSC Business of the Year, Human Rights Media Award and the Walkley Award for photojournalism including being nominated as a Master of Photography by National Geographic.

Following the latest Amsterdam exhibition, Wayne has now created and curated over 160 exhibitions throughout the world and been published in more than 1000 magazines, books and newspapers. When not at home with his wife and daughter he is found in communities throughout the country sharing his knowledge and teaching youth the expression of culture through the lens. He is currently writing three children’s books, producing a coffee table book and developing a stage show bringing together Indigenous food, art and music.

His work includes documenting significant Indigenous events over the past 20 years including the Apology, 1967 Referendum anniversary, Garma, Laura, Burunga, Dreaming and Yeperenye festivals and thousands of community events throughout the country. Wayne works with Indigenous groups in Cuba, Mexico, Bolivia, Vietnam, Laos, Cambodia, Indonesia and Guam developing intercultural art and cultural exchanges with the vision of creating global exhibitions.

Wayne’s practical working knowledge of Indigenous issues throughout the country is highly valued and sought after by International corporations including Federal, State and Local government. He runs photographic workshops in remote, rural and urban communities and lectures at Universities, Secondary and Primary educational facilities in Australia and overseas. 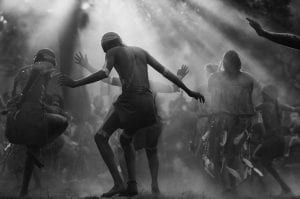