Gregg Deal, (Pyramid Lake Paiute Tribe) is a multi-disciplinary artist, activist, and “disruptor.” His work is informed by his Native identity and includes exhaustive critiques of American society, politics, popular culture and history. Through paintings, murals, performance work, filmmaking, spoken word, and more, Deal invites the viewer to confront these issues both in the present and the past tense.

The Invisible Series is about existing, but not existing. It’s about being visible but invisible. A piece that is both literal and metaphorical, it uses the familiar image of Indigenous dance, spoken word, song, drum and occupying space physically and auditorily while taking away various things that inform the what is traditionally like color, music and environment. Using light to take away from the already monochromatic regalia creates play on shadow, light and definition, all standing as a metaphor to the Indigenous existence as we know it in the United States. 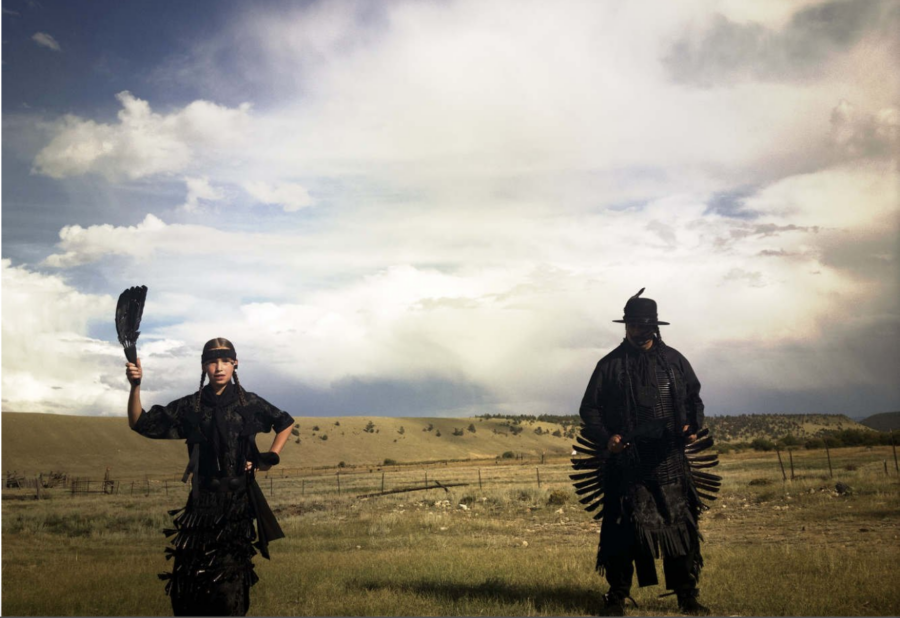