The Canary Islands Dragon tree, the Socotra Dragon tree in Yemen and the Croton Lechleri tree growing in vast parts of South America are all relatives and they’ve all been long used and valued by the people living within its natural range, even by those living further afield. The trees are well-known for its red sap, which is strikingly called ‘Dragon’s Blood’ by the local native people in both the Mediterranean, Middle East and South America, and highly valued for its many properties.

The Guanche people of the Canary Islands used Dragon’s blood in their mummification processes, in Ancient Rome, ‘Sangre de Drago’ was used as a colorant, and across Europe it has been used as a varnish and anti-oxidant for iron tools. The tree also played a role in the Greek myth: “The Eleventh Labour of Hercules: The Apples of the Hespérides”. After Landon, a hundred-headed dragon, is slain, red blood flowed out upon the land and from it sprung up the trees that we now know as ‘Dragon Trees’.

Dragon’s Blood sap is a rich, complex source of phytochemicals including alkaloids and procyanidins (condensed tannins). Internally, it is an important remedy for gastro-intestinal issues. Traditional use of Dragon’s Blood led to the development and subsequent FDA approval of an anti-secretory, anti-diarrheal drug based on an isolate from Dragon’s Blood sap. This is the first botanical drug approved by FDA for oral use. Externally, Dragon’s Blood is renowned for its use on skin and is commonly referred to as a liquid bandage. Drops are applied as needed to cover the affected area and allowed to dry with or without a physical bandage. Dragon’s Blood is also popularly applied to insect bites and stings.

The tree once played an important ecological role. Approximately five hundred years ago the fruit of the Dragon Tree was the staple food of an endemic, Dodo-like, flightless bird that is now extinct. The processing of Dragon Tree seeds through the digestive tract of this bird helped stimulate germination and it is possible that the loss of this bird species has led to a decline in naturally occurring Dragon Trees. The tree is becoming very rare and seed must be manually processed in order to germinate, in all parts of the world.

In Cape Verde, the species is protected under national law from picking and uprooting.  The creation of a network of protected areas is in progress, potentially offering a refuge for some of the species’ populations.  In Socotra, the preservation of the Dragon Tree is specifically challenging because of the islands’ isolated but changing climate. Residing between the African continent and the Middle Eastern peninsula, the island of Socotra’s 34-million-year separation from mainland Arabia has given rise to a unique flora, 37% of its plant species are found nowhere else. The monsoon season brings these areas cloud, drizzle and sea mists, and the dragon trees’ leaves intercept this airborne moisture, channelling it towards root systems shaded by a dense, umbrella-shaped canopy. The dragon tree’s striking looks and ancient age are due to the species being expertly adapted to its environment. Despite this, the future of the species is uncertain. With the monsoon season becoming more and more patchy and unreliable and few populations being capable of regenerating naturally, some of the young trees are starting to lack its characteristic shape and the population is drying up.

Found primarily in the rainforest of Colombia, Peru and Ecuador, the Dragon Tree has for many centuries been both as common as it is important for South American folk medicine. Till this day, many amazonian tribal people use Dragons’ blood to cure a long list of symptoms and diseases, like diarrhea, hemorrhages, eczema, skin infections, stomach ulcers, stings and bites, respiratory conditions, herpes, and even cancer. Nowadays, the trees are mainly harvested, not only to benefit the communities themselves, many tribes get aid from local NGO’s to grow and sell Dragon’s Blood on local markets, enabling them to sustain a healthy economy through agroforestry projects. However, the biggest risk is the loss of knowledge as to how to harvest and use Dragons’ Blood, as the right dosage is vital and the wrong dosage can be potentially lethal.

In Peru for example, the Matsés have joined together with Acate Amazon Conservation to safeguard the extraordinary plant knowledge that some of the elderly hold, in hopes of promoting interest among younger Matsés to become shamans or maestros. Plant knowledge among the younger Matsés is, in general, low. If the maestros – most of them estimated to be over 60 years old – pass away without training successors, their knowledge might be lost forever. Between the start of the project in 2012, about 3.000 plants and trees have been planted, the collection of which is referred to as ‘healing forests’. These healing forests are meant to restore local ecosystems, provide the communities with a stable income and improving the capacity to safely obtain as many cures and remedies as possible within close reach. 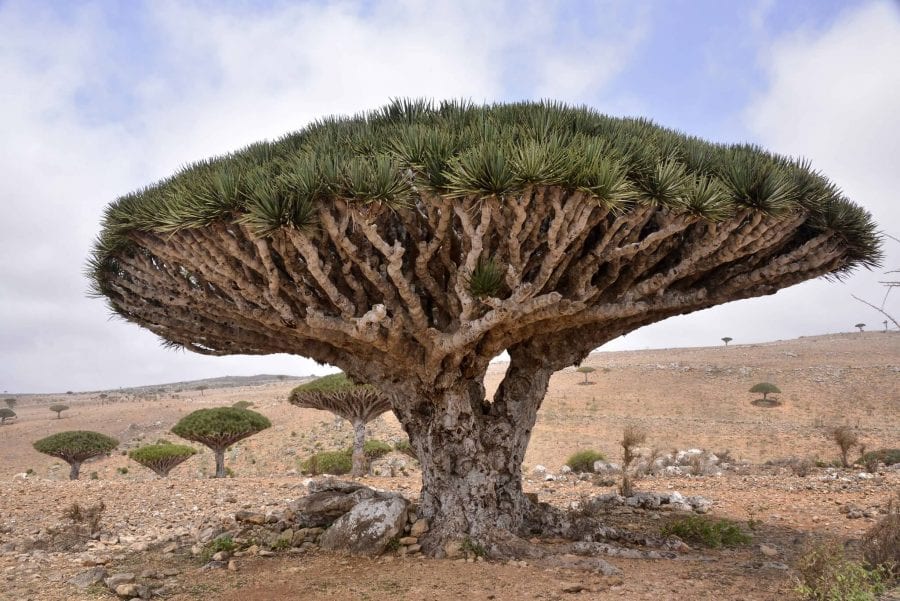